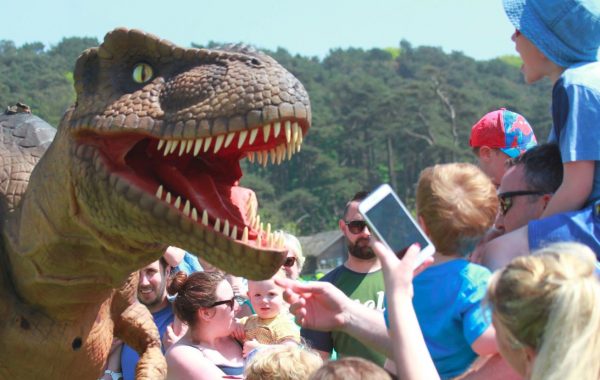 Hire a baby T-Rex Dinosaur walkabout and along with our Dinosaur Ranger this is the most interactive Jurassic fun you will ever have! Guaranteed to create a stir, our 8ft tall, 17ft long T-Rex will roar on to the scene creating a HUGE impression, build a crowd and be a huge success with adults and children alike!