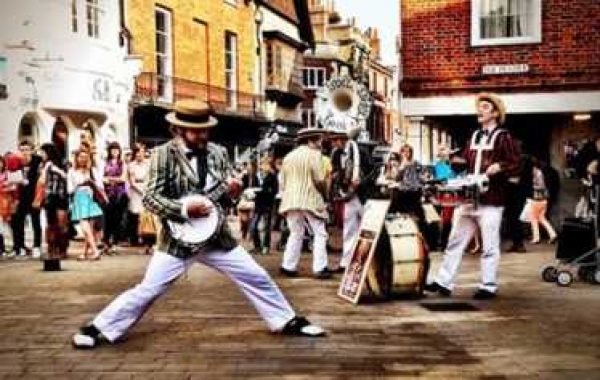 The Iron Boot Scrapers use the instruments of the 1920's whilst playing current chart hits! Using sousaphone, banjo and drums plus uplifting harmonies, this is the greatest interactive band you will see! Perfect entertainment for Events and Walkabout Street fun!