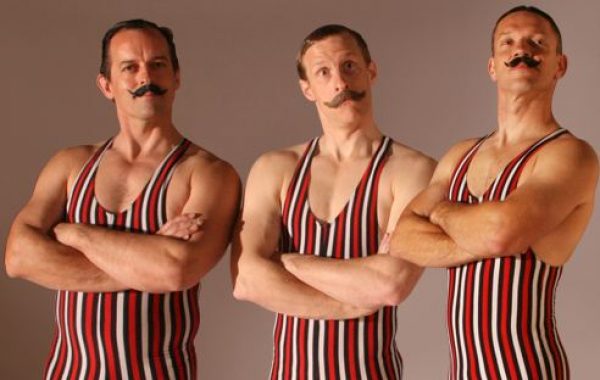 The Acro-Chaps are David, Tony and Jamie - and very dashing young men they are! Marvel at astounding feats of strength and skill! Be dazzled by their charm, their muscles and their moustaches!