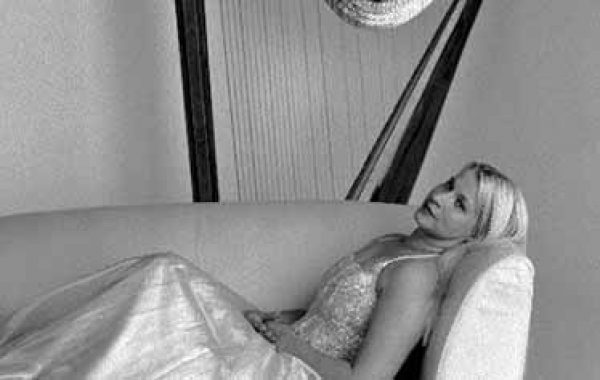 Professional and passionate harp player Maxine Molin Rose. She appears regularly in leading hotels around the UK as well as playing for special occasions and corporate events. As well as playing solo Maxine can combine the beauty of the harp with the flute as part of her Melandra duo.