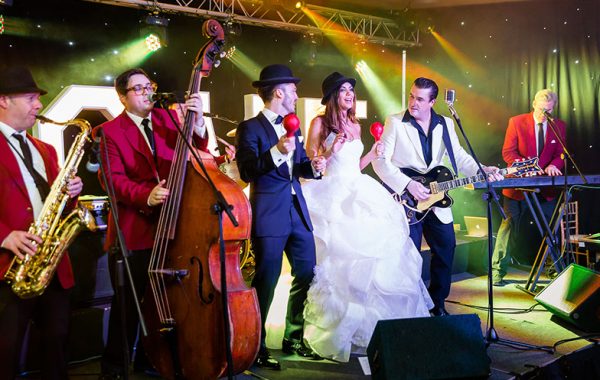 Dominic Halpin & The Honey B's have established themselves as one of the most in-demand bands in the UK. Incredibly versatile, their energetic floor show is guaranteed to get you groovin! Expect Swing classics with a Twist of Rock n Roll - a fun party band that will keep the dance-floor full all night!